The Blank World maps Template in PowerPoint format includes three slides of different layers, that is, the outline of world, continents of world and world countries. Firstly, our World outline map template has the global outline on it. Secondly, there are six continents in our World continent map template. Finally, we have the most popular country map of the world in this template. The World map is our hand-draw map with more edges than other ordinary GIS maps, giving more vivid map presentation for your targeting countries.

Our Blank World maps with outline are for the planet Earth we are living on. It is well known that we can use World map to describe the global situation. Furthermore, you can demonstrate your ideas from the perspective of world, comparing from the continent and the region. So our Blank World maps slide has the vivid outline for you to use. Therefore users can edit the outline map to create their unique Blank World maps and apply in different reports. 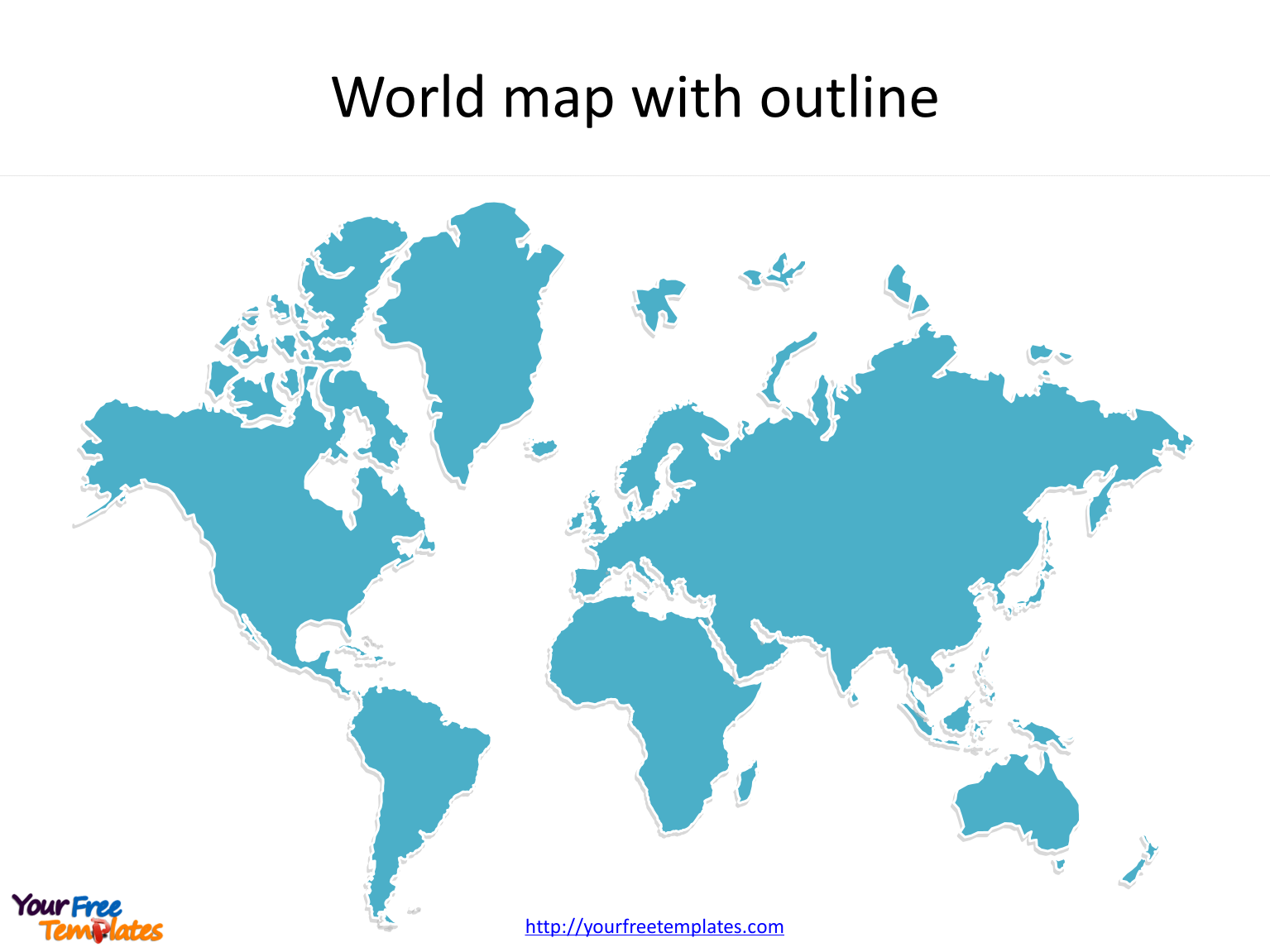 The Blank World maps of continents are the division of six continents. The six continents are Asia, Africa, North America, South America, Europe, and Oceania/Australia. What is more, every individual continent subdivision is an editable shape. In a word, you can change the colors, sizes, highlight some map continent shapes, and integrate with your charts. At the same time you can also refer to the fully World definition in Wikipedia. The most important of all, analysts from marketing research companies, consultants from professional firms are very happy with our map templates; because our maps can help to reduce their efforts and create good-looking world maps. 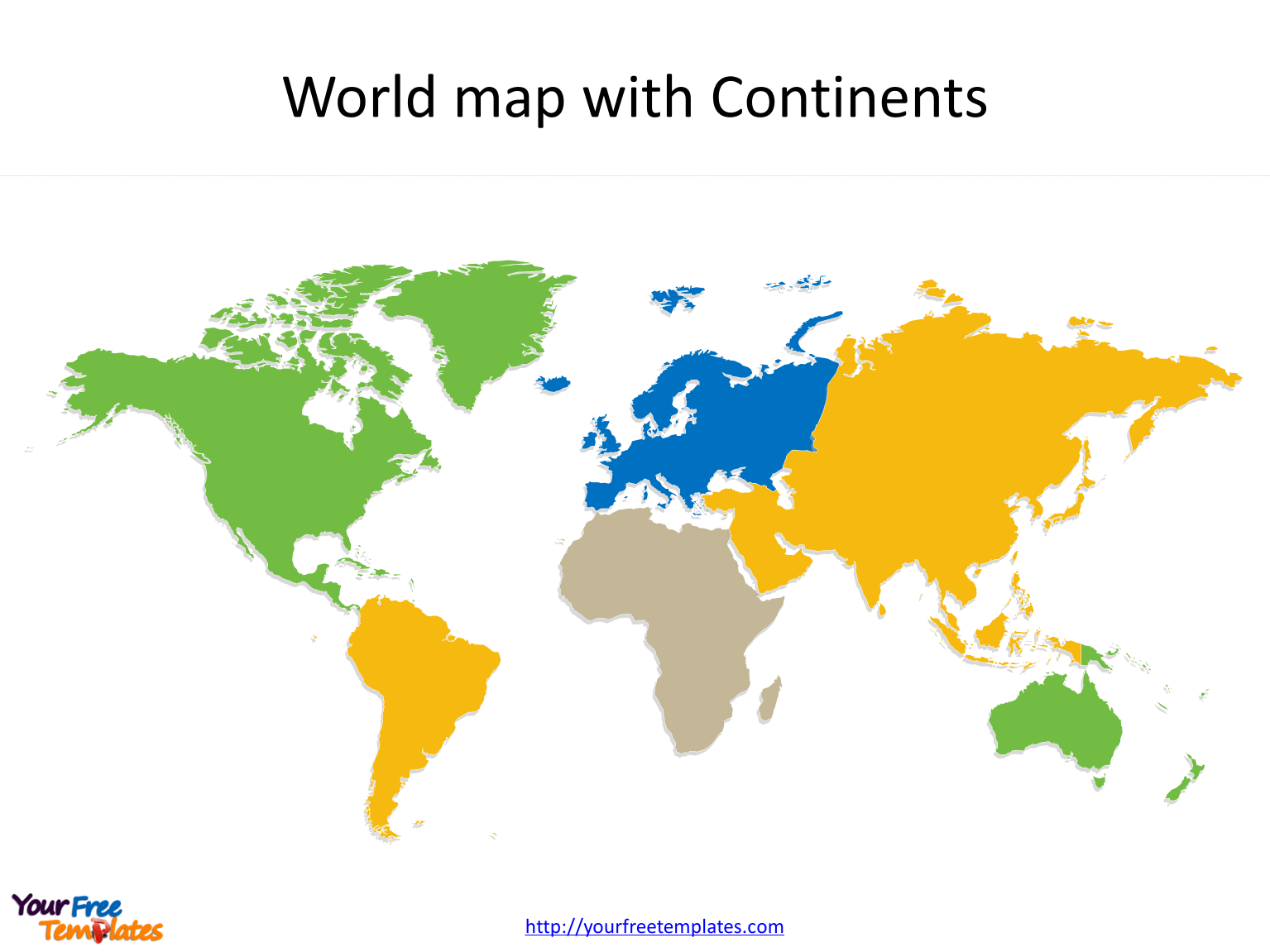 The Blank World maps of countries are the division of all major countries. There are approximately 200 countries in the world. Then in our world maps template, you can group some countries into regions or for some blocks. What is more, you can define your target country group, comparing information such as population and GDP. 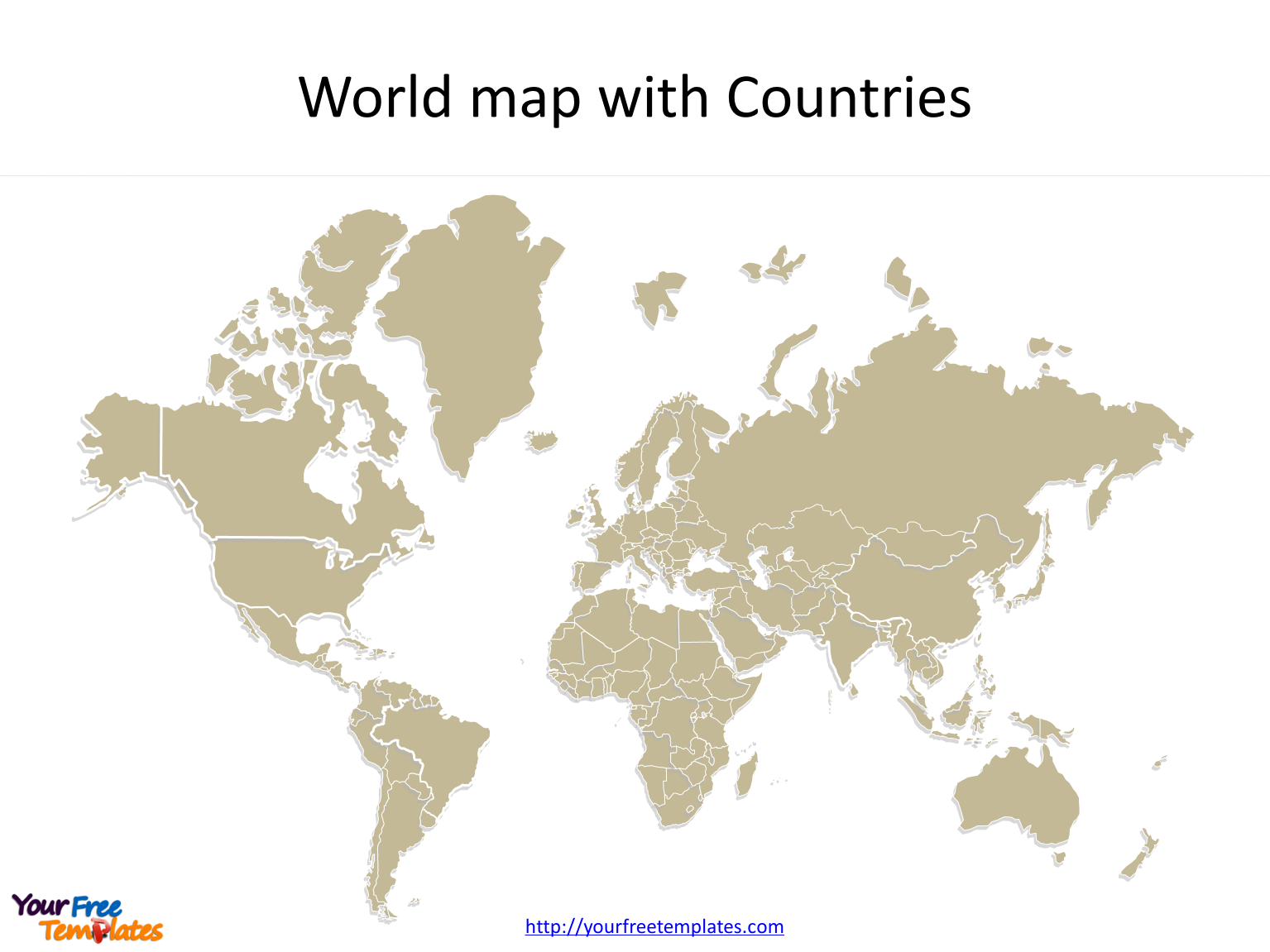 Firstly the concept is an information technology (IT) paradigm that enables ubiquitous access to shared pools of configurable system resources and higher-level services. Secondly those resources and services can be rapidly provisioned with minimal management effort, often over the Internet. Thirdly it relies on sharing of resources to achieve coherence and economy of scale, similar to a utility. You can found them in our PowerPoint templates. 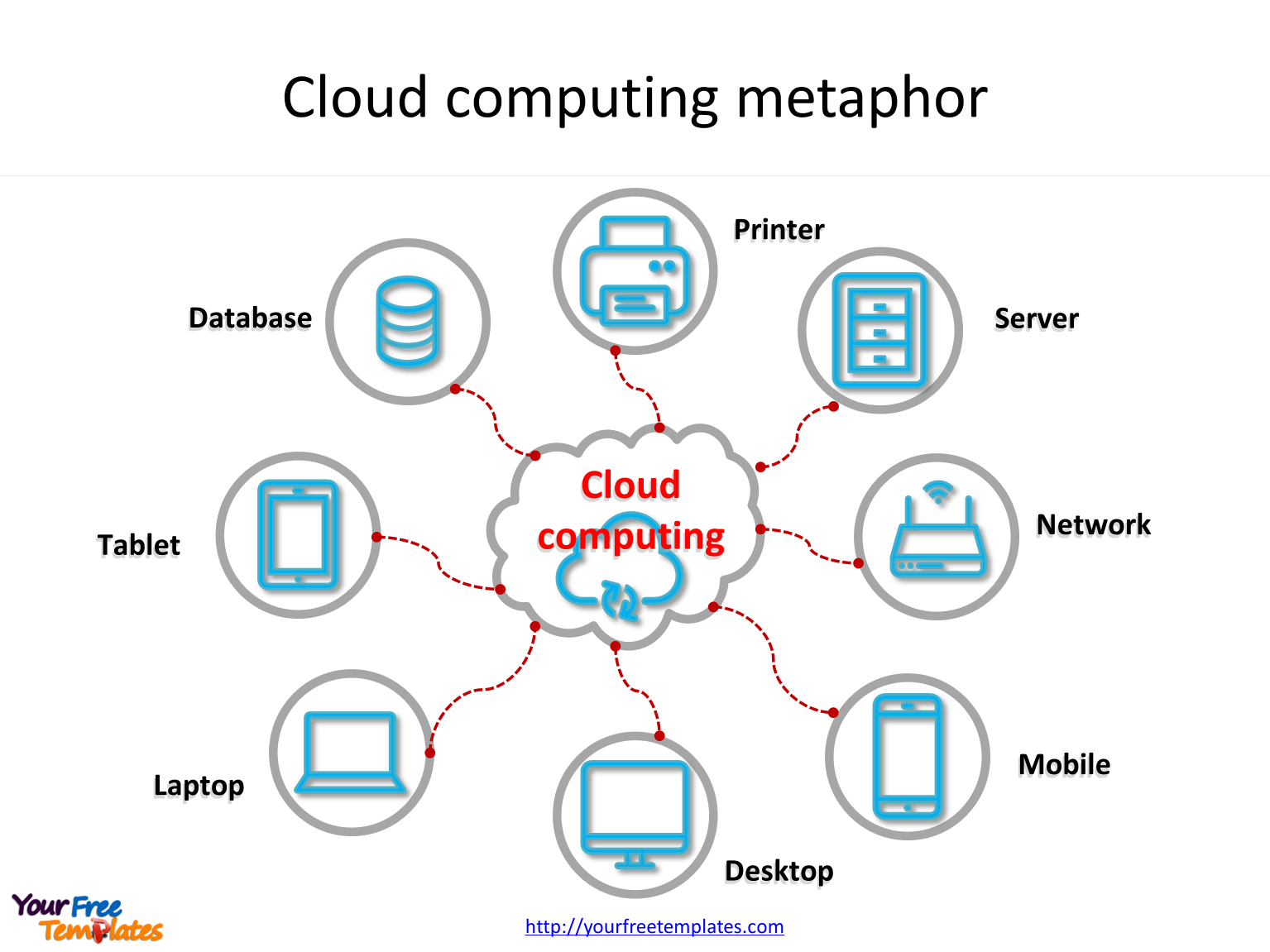 There are three service models for it. For the first place, it is Software as a service (SaaS). In the software as a service (SaaS) model, users gain access to application software and databases. Cloud providers manage the infrastructure and platforms that run the applications. Meanwhile, it is Platform as a service (PaaS). PaaS vendors offer a development environment to application developers. Lastly IaaS refers to online services that provide high-level APIs used to dereference various low-level details of underlying network infrastructure like physical computing resources, location, data partitioning etc. 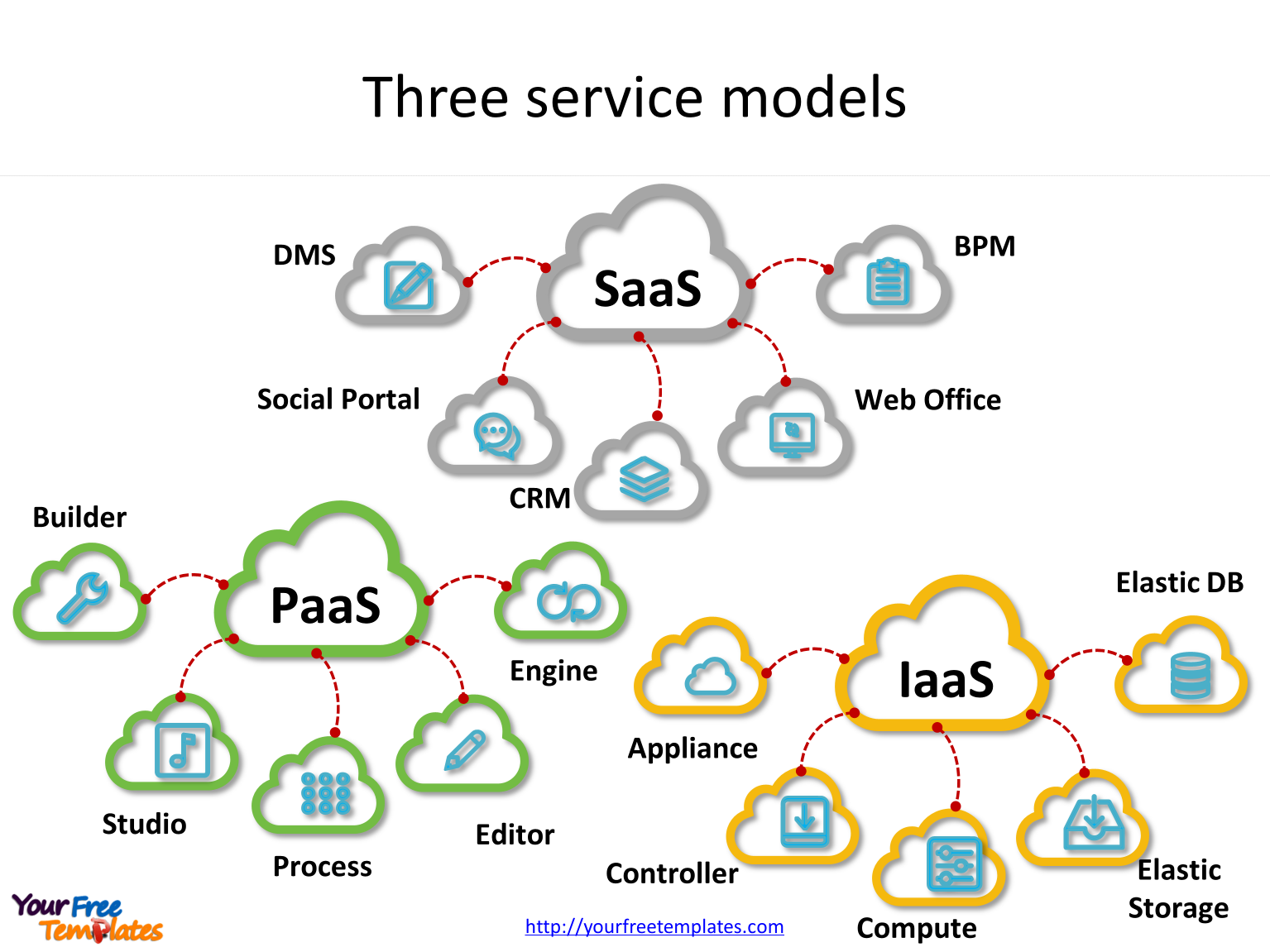 Slide 3, Cloud computing PowerPoint templates is for the service models

The labels and shapes are layers of different groups. In a word, you can change the texts, colors, sizes, and add your charts. At the same time you can also refer to the detailed concept in Wikipedia. Believe it or not, analysts from marketing research companies, consultants from professional firms think highly of our website yourfreetemplates.com.  Most important of all, our templates can help to reduce their efforts and create good-looking slides. 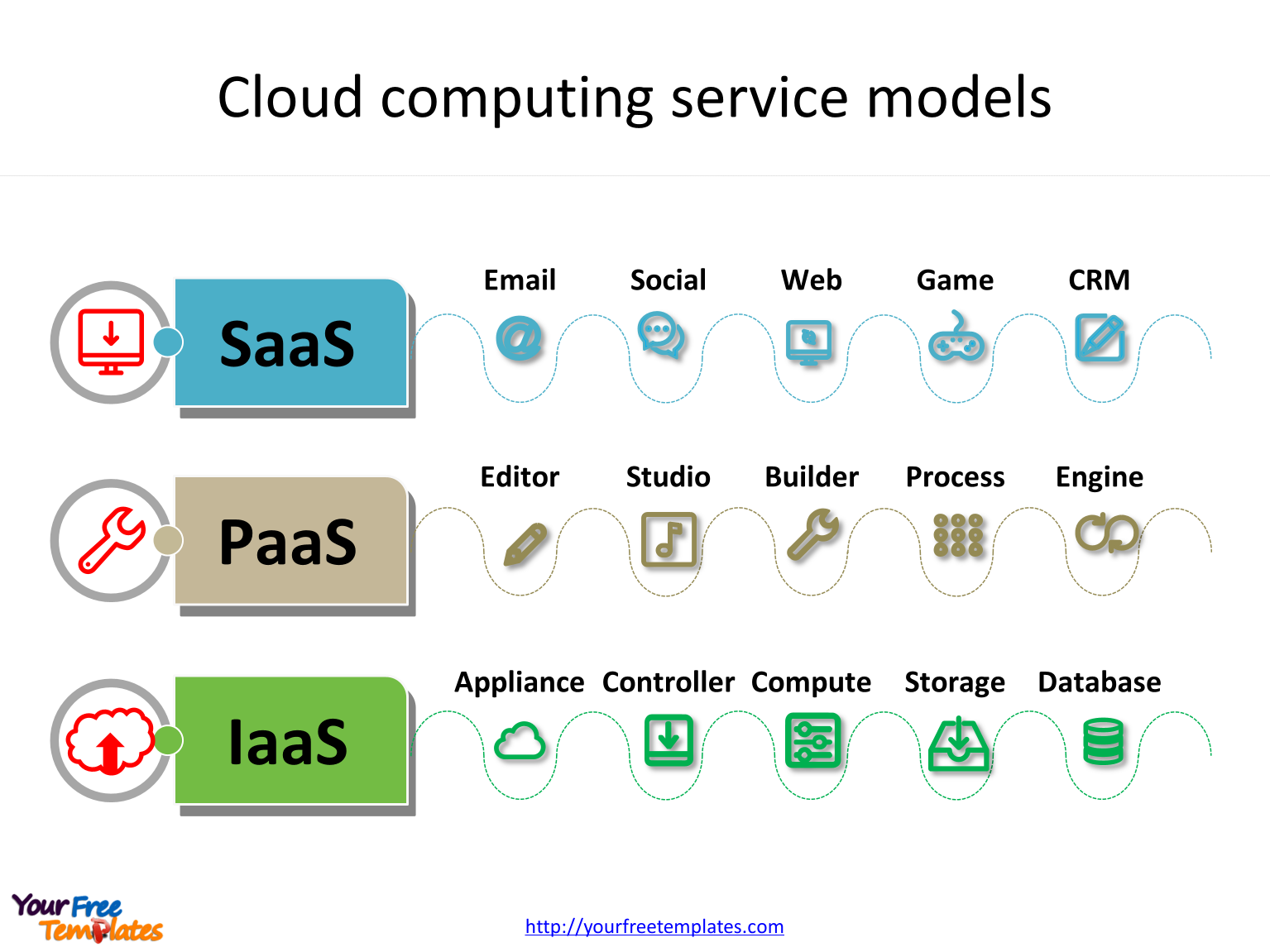 Firstly blockchain, originally block chain, is a continuously growing list of records, calling blocks.  It is using cryptography to link and secure. Secondly by design, block chain is inherently resistant to modification of the data. Thirdly this makes blockchains potentially suitable for the recording of events, medical records, and other records management activities, such as identity management, transaction processing, documenting provenance, food traceability or voting. You can found them in our PowerPoint templates. 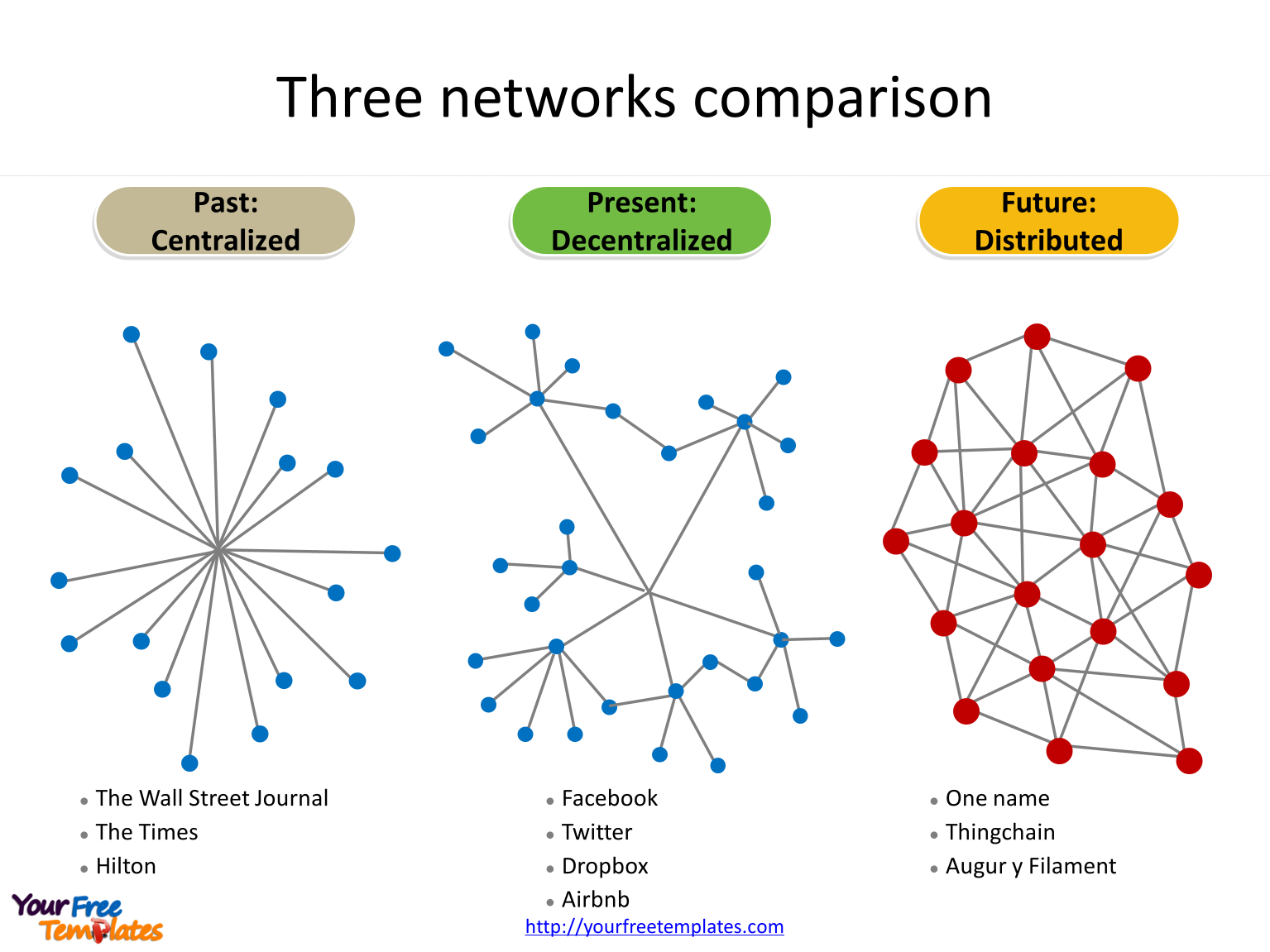 For use as a distributed ledger, a block chain is typically managed by a peer-to-peer network. The network is collectively adhering to a protocol for validating new blocks. Once recorded, the data in any given block cannot be altered retroactively without the alteration of all subsequent blocks. The alteration requires collusion of the network majority. 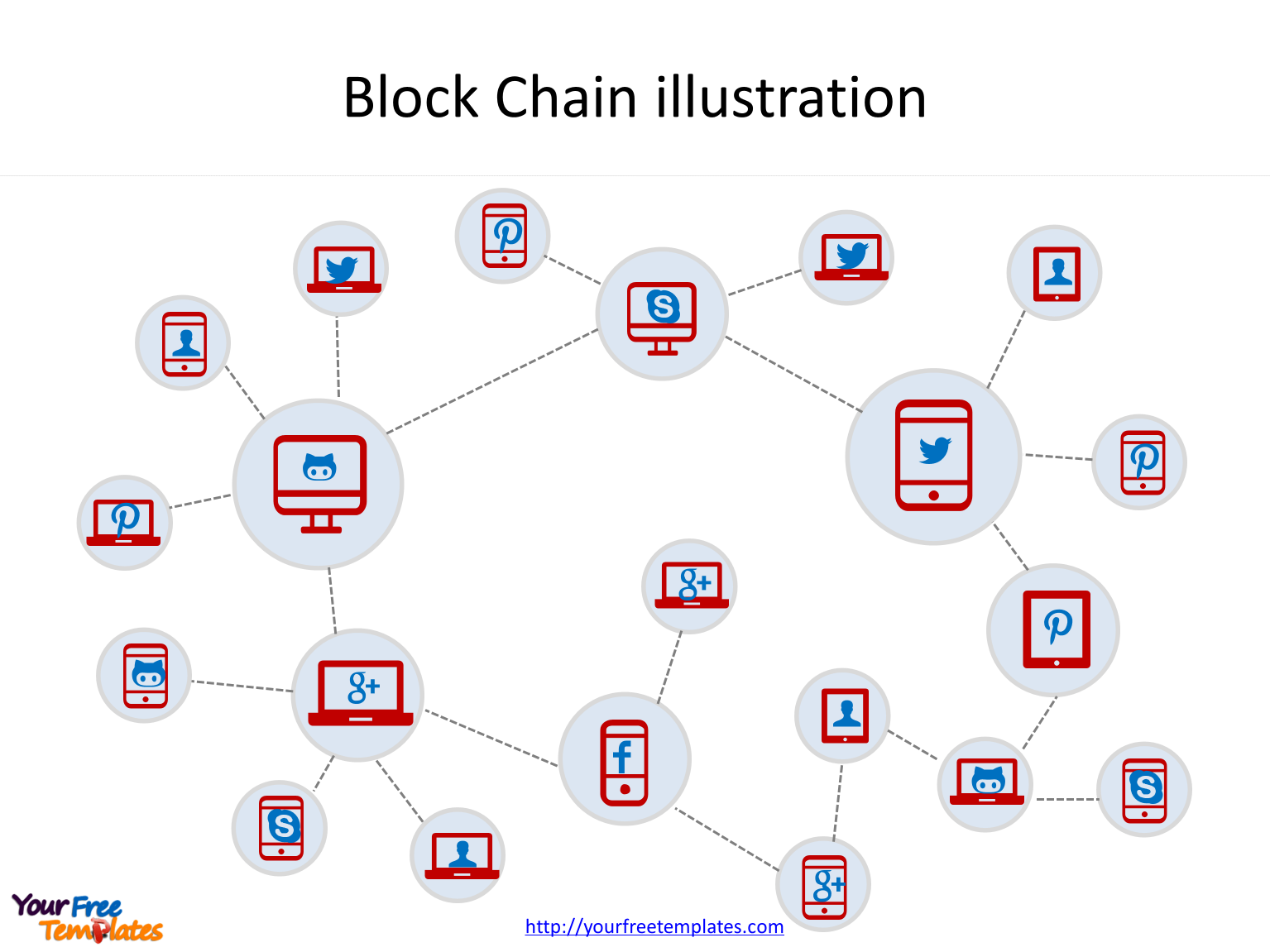 It is five forces that are key to Block chain technology; they are 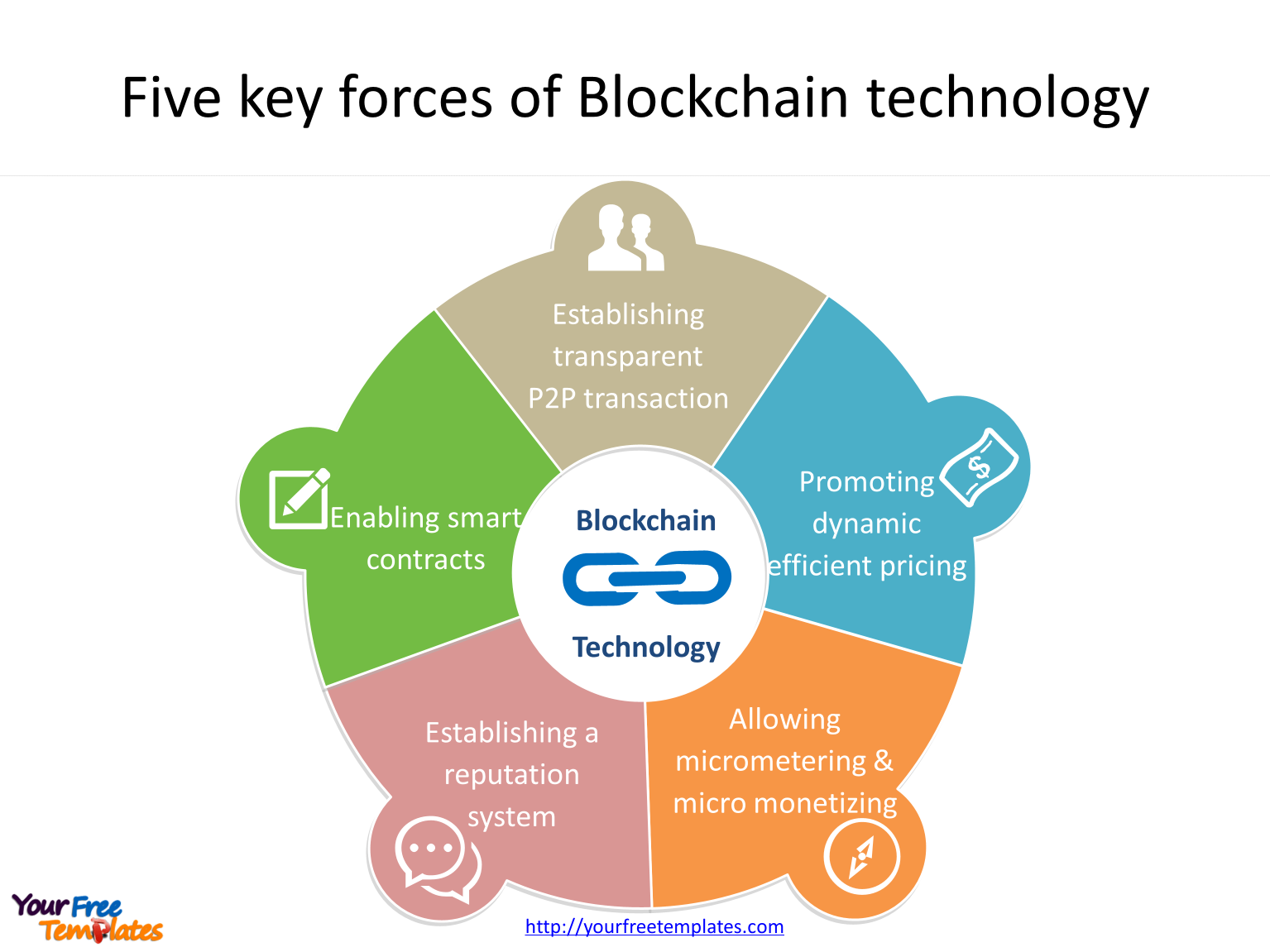 Slide 4, Let’s have a look at Block chain technology in PowerPoint templates 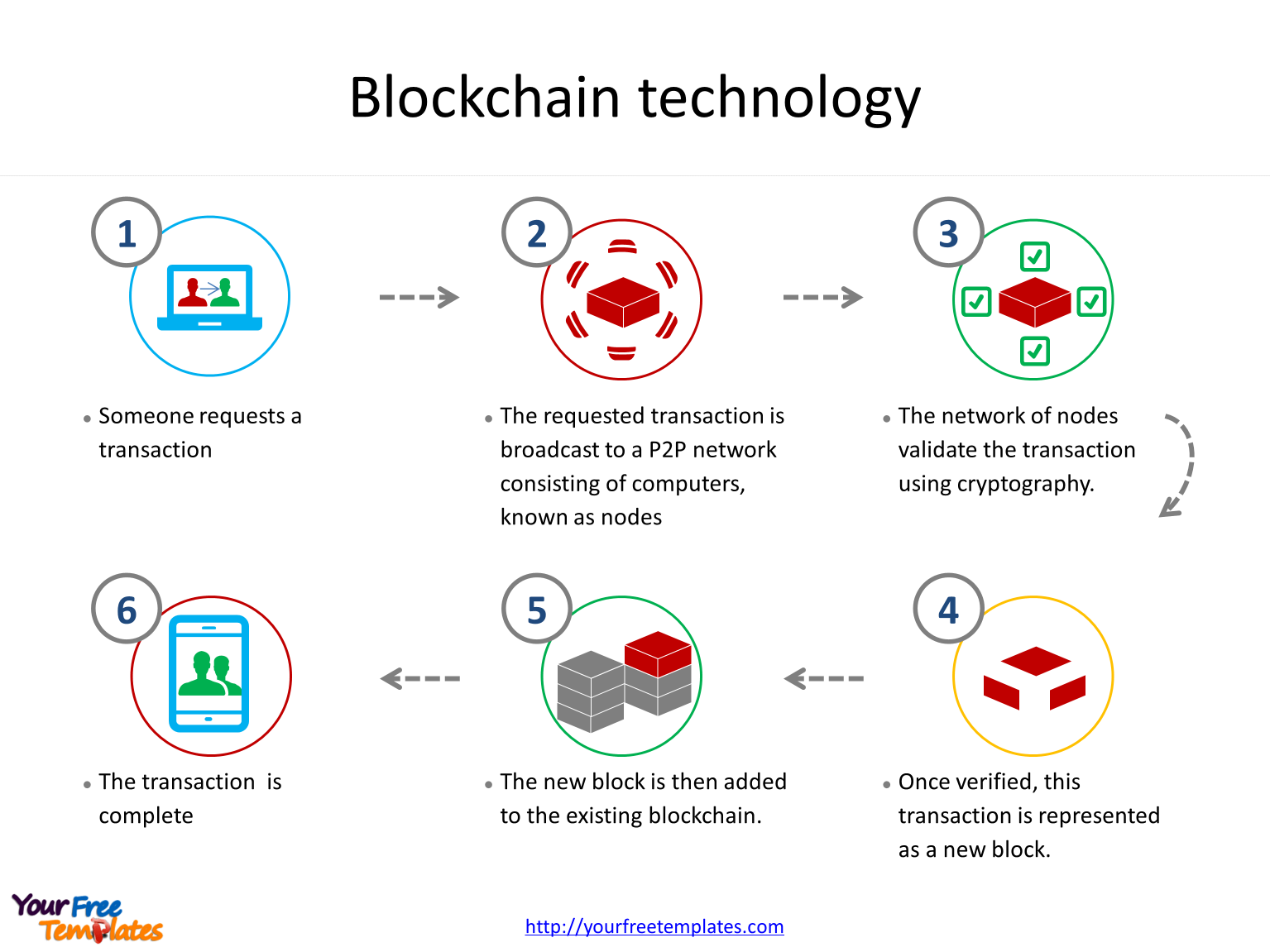